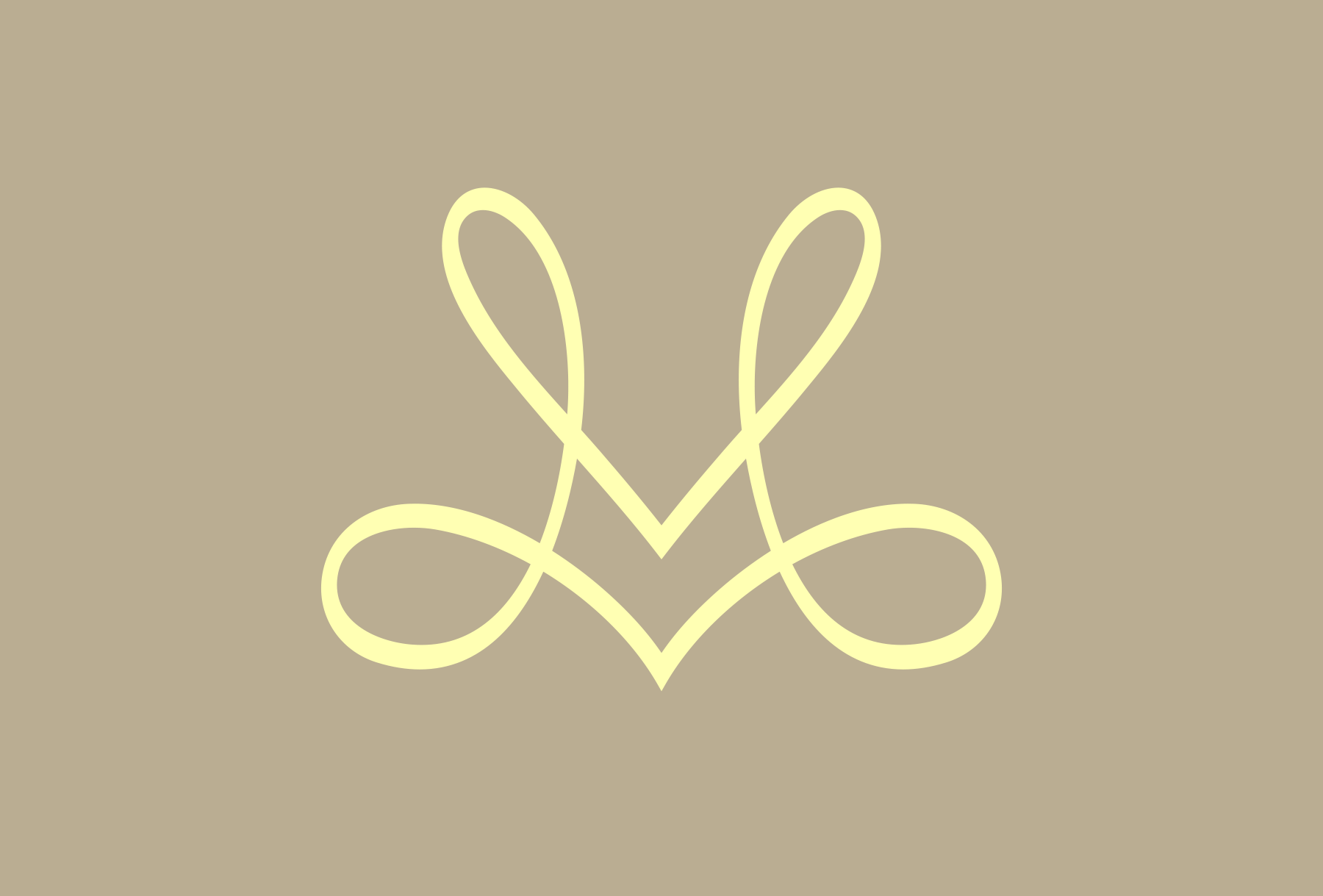 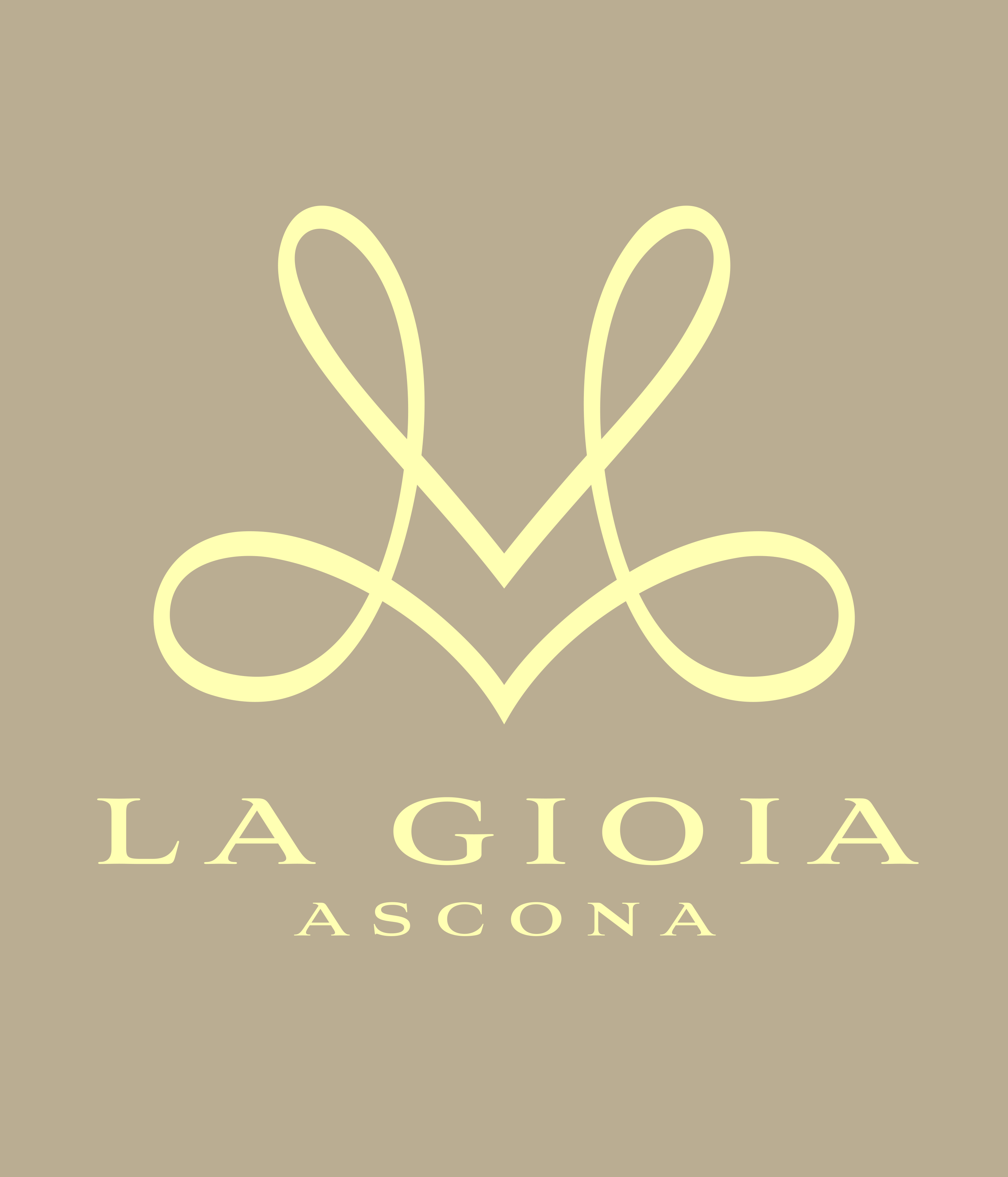 This aesthetically complex painting immerses the viewer in a world of fantasy, inviting us to daydream in Mark Röhr’s pop surrealism.

The attention to detail can be felt in every stroke. Mark Röhrs treats each element of his picture composition as an individual work of art. The artist largely draws inspiration for his work from books and films in pop culture. Even Dalí himself is said to have been impressed by this elegant, creative talent!

Artist Mark Röhrs is a trained carpenter; working with wood isn’t enough for him, however. When searching for a suitable medium for conveying his impressions from books and films in pop culture, Mark Röhrs first turned to illustration. However, he quickly noticed that commissioned work in its pure form offered too little creative freedom. He wanted to fill large spaces with his fantastical worlds. Mark Röhrs has now fully committed himself to freelance art. In doing so, he can realise his surrealist constructs in diverse formats and using different materials.

The artist still draws parallels with his original career as a joiner to this day.

On the one hand, the painter develops the scene or workpiece in his mind before even putting brush to canvas. He rigorously goes through the details in his head, fully devoting himself to this over the course of weeks. On the other hand, the awareness of the finality of a production error when producing furniture is in his flesh and blood. It’s no coincidence that his work represents artisanal perfection. According to Röhrs, one thing is better about painting: unlike carpentry, painting allows you to incorporate additional inspiration throughout the entire process. He is able to be guided by creative opportunity when developing his compositions. 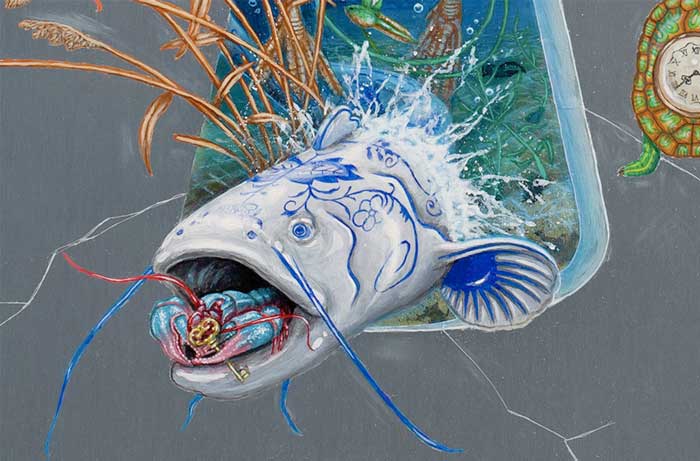 Röhrs works are currently on display at La Gioia Ascona Arthouse. Viewings in Ronco sopra Ascona can be arranged upon request. 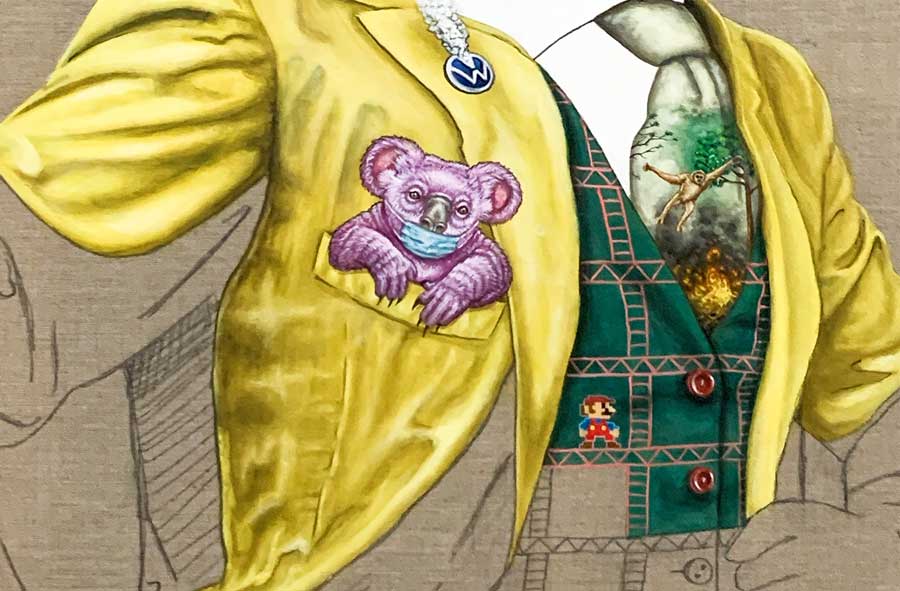 Mark Röhrs was born in 1974 in Hamburg. From an early age, he enjoyed creatively reinterpreting everyday objects with the help of pencil drawings. In Mark Röhrs’ view, even boring objects have the potential to be the stars of a fantastical world.

For example, he transforms his parent’s silverwear into a marching army, brings animals to life using fruit and groceries and combines all of these impressions into surreal compositions that give the impression of these mythical creatures protruding from the picture frame.

During his youth, he dreamed of implementing his outpouring of ideas into tangible objects. Röhrs initially completed a carpentry apprenticeship. However, he soon noticed that working with wood placed limits on his creative freedom. Limits that don’t exist on canvas. As a passionate reader and cinema lover, Röhrs found that the creative implementation of pop culture inspiration in wood was no longer contemporary. However, he hadn’t yet taken the step towards creating his own art.

He packed it all in and decided to create art on his own terms. “Finally”, says Röhrs, he is where he’s always wanted to be. He now works on a freelance basis and has complete reign over the setting for his fantastical worlds in all their glory.

It is precisely this independence that characterises his work: a surrealistic style, wonderfully balanced between pragmatism and illusion, which meets truly fantastical illustrative discipline. Walking through the colourful fantasy world of a creative artist without boundaries leaves the viewer with an instant, long-lasting sense of inpiration. Mark Röhrs demonstrates enormous artistic potential.

MARK RÖHRS ON HIS WORKS

Metropole-Kreativ – The Award for Visual Art
/ 2016

Bergedorf newspaper
Contemporary art at the Bergedorfer Mühle from / 2016

BACK TO THE ARTISTS

Menu
BACK TO START